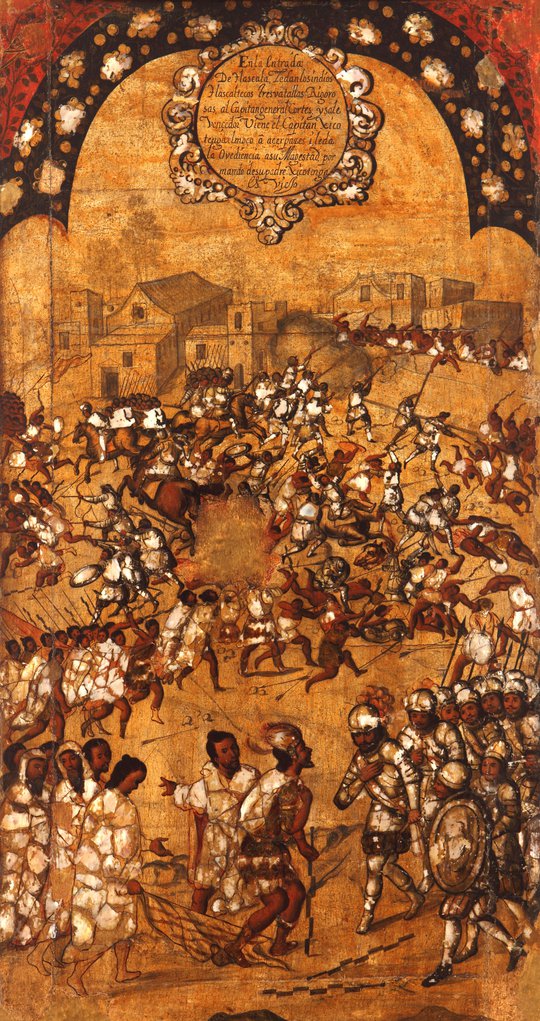 Description Tabla V: At the entrance to Tlascala, the Indians wage three rigorous battles against Captain General Cortés, who is victorious – Captain Xicotenga el Mozo comes to make peace and to offer obedience to His Majesty on behalf of his father, Xicotenga el Viejo. This group of paintings constitutes a narration of the conquest of Mexico, beginning with Cortés’ landing in San Juan de Ulúa, the sinking of his ships and reaching as far as the fall of Tenochtitlan and Cuauhtémoc’s surrender. They do not present illustrations of isolated events, but rather a structured narrative including around fifty inter-related episodes, with a clear beginning and ending. Two or three scenes are represented in each painting, generally in chronological order from the furthest plane toward the foreground, each labeled. The selection of themes indicates a tale centered on the figures of Cortés and Moctezuma: actions by Spain beyond the sphere of Cortés’ command do not figure, and Cuauhtémoc appears only in the act of final surrender. Doña Marina, or La Malinche, who served as Cortés interpreter, is represented in various scenes but not referred to by name. The narrative style, highly unusual technique, oriental influence and long-standing anonymity of the author in spite of the fact that the work is signed, are all factors that contribute to interest in this work. Paintings inlaid with mother-of-pearl were produced specifically in New Spain toward the end of the 17th Century and the beginning of the 18th. Some are organized in series based on a particular historic or religious theme. The case of single paintings also exist, always dealing with religious themes. The historical series have decorative borders around the edges that are also elaborated with mother-of-pearl inlay. Some of the other paintings have frames that have been made using the same technique. A preparatory layer was laid down over the support—a linen-covered wood panel—upon which the first drawing would be made, delineating the areas that would receive mother-of-pearl in irregular fragments roughly one and half centimeters long: clothing, certain objects, the periphery of the sign-label and the flowers and birds along the borders. Once the bits of shell had been adhered to the support, the drawing was gone over again and a thin layer of painting applied. This way, the colors would be iridescent with the reflections from the mother-of-pearl. Although the use mother-of-pearl forms part of a long tradition in Mesoamerica that reaches as far back as the Pre-columbine era, these paintings reveal influences from the Orient. The use of screens and lacquered furniture with inlay had spread by way of commerce with the Philippines. When this island came into Spain’s possession, it allowed them to develop commerce with the Orient by crossing the Pacific. From the 16th Century until the 19th, either the Nao de China or the Galeón de Manila would unite this port with Acapulco, where products from China, Japan and India would be unloaded. A portion of this cargo would continue on to Spain, but the majority was absorbed by the Viceroyalties of New Spain and Peru. The frames and borders with mother-of-pearl inlay particularly reflect the influence of Japanese Namban painting. All of the known shell-inlay series consist of six, twelve or twenty-four panels. There are five historical series on the conquest of Mexico, one on the wars of Alessandro Farnese and one screen on the siege of Vienna by the Turks. The MNBA’s series can be compared primarily with another featuring 24 panels that belonged to the Dukes of Moctezuma. A series of twenty-four paintings (signed on panel IX by Miguel Gonzales and on panel XXIV by Juan Gonzales and dated 1698) along with another consisting of six, larger panels; the fifth, also consisting of six panels, is split between the Museo Franz Mayer and the Museo Nacional de Historia, both in Mexico. For a long time, no information was available on Miguel and Juan Gonzales, and the fact that the majority of shell-inlay paintings are conserved in Spain produced disagreement regarding their provenance, until Guillermo Tovar de Teresa discovered documentary proof in Mexican archives that dispersed any doubt regarding their New Spain origins.The MNBA’s series would seem to follow along with the chronicle related by Bernal Díaz del Castillo, a member of Cortés army who wrote Historia verdadera de la conquista de la Nueva España (True History of the Conquest of New Spain). This is the text that presents the greatest number of analogies with the series, such as that of the idols at the top of the Tlatelolco pyramid, which certainly might constitute a pictorial transcription of this author’s textual descriptions. The panels alternate between credible representations of the historical context and absolutely fantastic elements, in addition to anachronisms generated in the environment in which they were painted: colonial life over a century and a half after the conquest. Alejandro Mackinlay brought these twenty-two paintings from England in the 19th Century and they entered the public Museum prior to 1864. The series is missing two panels, which we know to have been sold in London in 1934, to José R. Gómez Acebo, then Spain’s ambassador in Finland. Since the moment of their production, the shell-inlay paintings have undergone a journey of their own, passing through periods when they went by unnoticed and others, when they attracted the attention of a Mexican Viceroy such as Count of Moctezuma y Tula, from curious travelers such as Antonio Ponz during the 18th Century and Martin de Moussy during the 19th, or intellectuals like Alfonso Reyes, to the public who find immense enjoyment in them today at different museums.
by Marta Dujovne 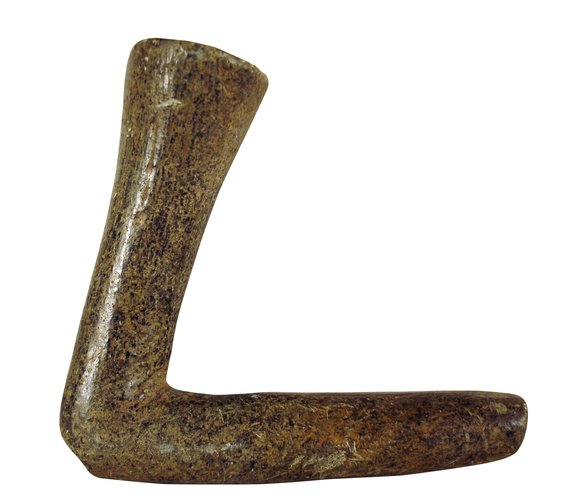 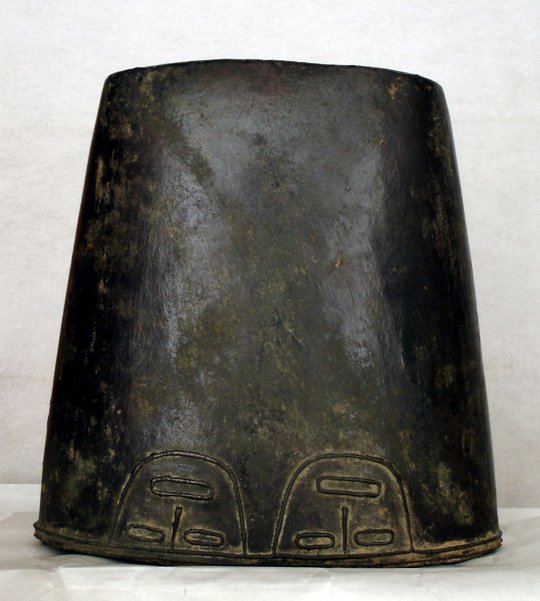 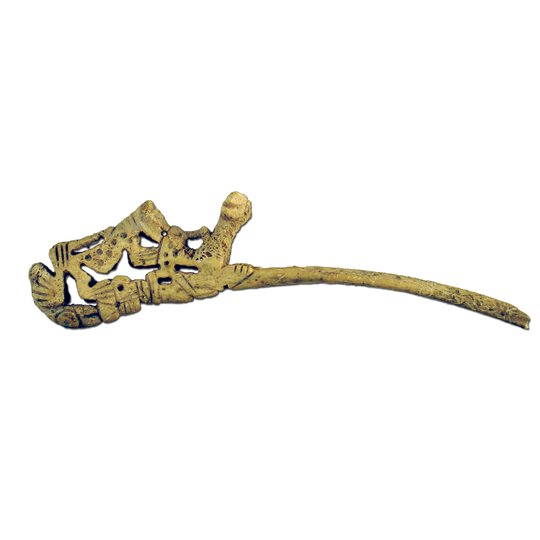 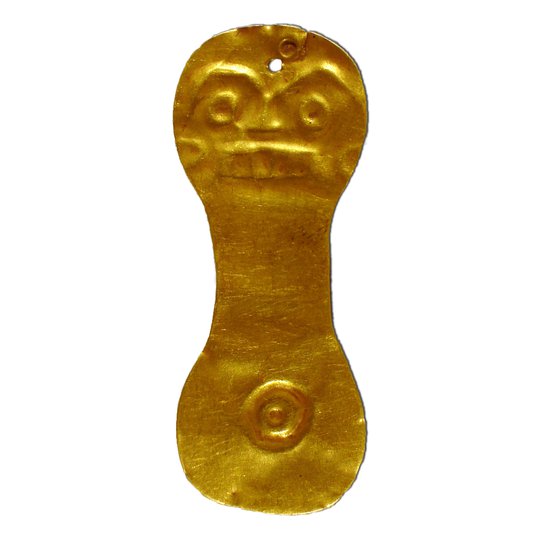