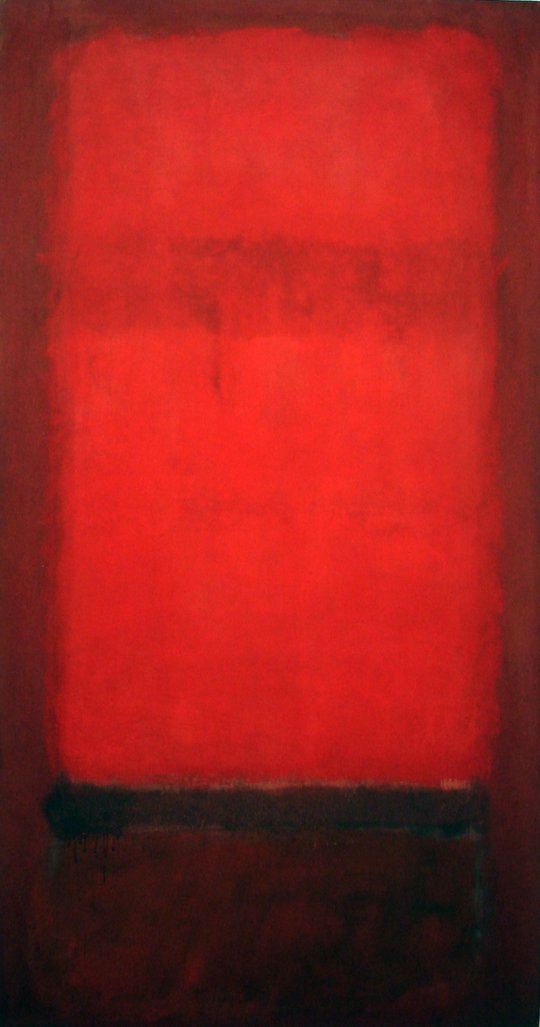 ​Mark Rothko emigrated to the United States from the Soviet Union when he was ten years old, settling with his family in Portland, Oregon. He attended Yale University, but he left before graduating. He then moved to New York, where he received his only art education at the Art Students League of New York, attending classes given by the great expressionist painter, German expatriate Max Weber (1). At the outset Rothko worked along expressionist lines, but during the course of his career moved closer to abstraction. By 1947 he had abandoned the use of figures altogether. Light Red Over Dark Red embodies the style for which Rothko received world-wide recognition as an outstanding exponent of abstract expressionism.
Light Red Over Dark Red pertains to Rothko’s mature phase, and it is emblematic of his production during the period from 1951 to 1970. He had composed the works that feature multiple areas of color during the preceding decade, which led to this mature period in which the elements of painting fuse into a continuous composition, forming a visual whole. By 1951, the artist had reached the end of his artistic search and firmly maintained his personal signature style of rectangular forms stacked one above the other, suspended over colored backgrounds. This work is very typical in that sense, and in it, his preference for softened edges and corners as opposed to strict geometric forms is evident. Rothko built up layers of color in order to create an ambiguous feeling of depth. In spite of the absence of figuration in his work, modulations of color in space frequently communicate a sense of movement. The apparent visual simplicity of Rothko’s work during this period masks the complexity of his compositions. Rothko composed his color field abstractions with the intention of having every work express a different mood. He wanted each canvas to project a space of its own that would envelop viewers, and in this way transcend context (2).
The impulse that led Rothko to create Light Red Over Dark Red, in addition to other works from the 1950s has been attributed to aesthetic theories of the sublime, a key concept for abstract expressionism. By removing every last trace of the figure or symbolism from their works, artists attempted to project human emotion without intermediaries.
Rothko rejected defining his work as “abstract”. When he would describe the motivation behind his works he would comment: “the familiar identity of things should be pulverized in order to destroy the infinite number of associations that society uses to cover up every aspect of our environment” (3). He wanted every work to create an intense, intimate aesthetic experience in the viewer, and he preferred his works to be shown in groups, so that each one might express its own individual voice among the rest.
by Abigail Winograd
1— The Art Students League of New York was founded in 1875 and it continues to function today. Over the course of its existence, many celebrated US artists were educated or have taught there. Following the Second World War, many of the future abstract expressionists attended the school.
2— Anfam, 1998.
3— Sam Hunter, “The United States” in: Art since 1945. New York, Harry N. Abrams, 1958, p. 310. 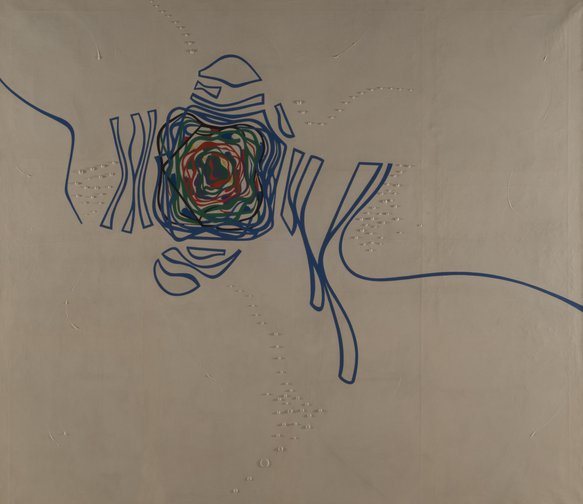