Thanks to half a century of ceaseless work, Norberto Gómez has gained a privileged place in Argentine contemporary art. Esteemed by his peers and by critics, this solo exhibition at the Museo Nacional de Bellas Artes is a milestone. It is not only an honor for the institution, but also an opportunity to make his art known on a mass scale and to reread the course of his work from a particular perspective. This exhibition constitutes an anomalous retrospective insofar as it brings together two bodies of work, one from the sixties and one from the present, separated by over forty years. Together, they formulate a paradox: the striking similarity of aesthetic concerns in bodies of work from two distinct periods. The suspension of the time that divides the two productions—or, perhaps, its annulment—reopens the question of the agelessness of art (or of its relative ahistoricalness, which amounts to the same thing) when it manages to free itself of the ties that the critics and culture of its era would impose.

The exhibition consists, then, of geometric constructions from the sixties, almost all of which had been destroyed, works that Gómez painstakingly recreated; and current works envisioned as a continuation of those earlier pieces. The dialogue formulated between the two extremes of the artist's production gives rise to reflection on time and on the changing nature and fragility of the often capricious readings that each historical moment proposes. It also points out art's astonishing potential to pierce the layers of meaning of time and of criticism and to continue, in its enigmaticness, to question and appeal to the viewer.

Gómez retraces the path of representation, expression, and meaning to delve into simple interrogation of space, movement, and light. He wholly eschews the pursuit of any icon, of any gesture towards a predetermined meaning. His geometries entail, among other things, the simple act of showing the material's ability to insinuate the basic dilemma of existing in an eternal present, with no attributes, no opacity, no history. The sheer being of the world in its most simple and bare form. Once art is rid of its common afflictions (reflecting or inventing the real, metonymizing or denying it), all that the non-metaphorical object, pure form, can do is come before us in its nameless corporality.

These dreamlike geometries are the consummation of the rigor of pursuits always at odds with passing trends. Despite their patent materiality, they seek the sacred; reduced to their purest core, they reconcile the states of an oeuvre that has encompassed and marked the last half a century and that sheds light on what the future might hold. 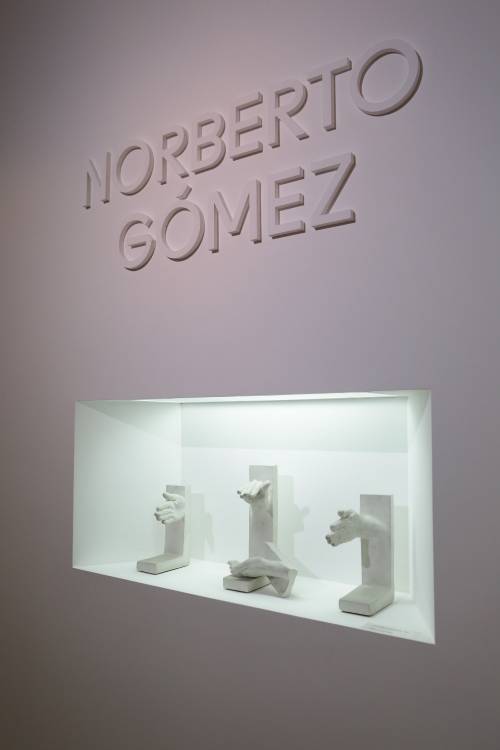