The exhibition is organized in two stages: the landscape genre in the first stage and genre scenes and portraits, in the second.

The income of Scandinavian heritage occurs in two key moments in the formation of MNBA collection: Eduardo Schiaffino's (who was the first director of the museum) trip to Europe in 1906 to acquire works in the old continent and the foreign shipments for the International Art of the Centennial Exhibition of 1910. Also, other important collections such as the Valley's, Jáuregui of Pradere's and Furt's, had Scandinavian authors when they entered into the museum heritage.

Since the mid 1870s the Scandinavian painters completed his training in Paris, displacing the German influence. Realism of academic training received at the Royal Academy in Stockholm, added plein-airisme and post-impressionist recipes. These aesthetic variables that are perceived in the rich set of MNBA did not altered the link between tradition and national identity set in representation, nor the harmony between man and nature or regional types.

The exhibition is supported by the Asociation of Friends of the MNBA. 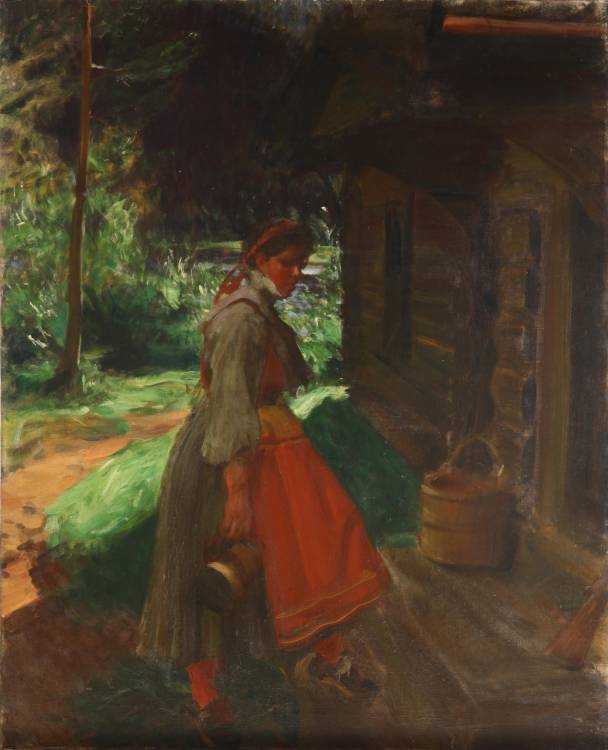