In the name Gyula Kosice, the history of Argentine art encapsulates a winding path on which, paradoxically, the avant-gardes that have driven it become classic. Their innovative gestures established once and for all turns that ushered in key chapters in the history of the country’s visual arts. But Kosice’s influence was not limited to the local scene: kinetic art, which marked the last half a century, found in him its cornerstone.

The breakthroughs of his career are well known: the Arte Concreto Invención and Arte Madí groups, his hydraulic and light sculptures, the Ciudad Hidroespacial [Hydrospatial City] make him not only a precursor—facile reduction that places an artist outside the realm that he or she ushers in—but also, indeed chiefly, the creator of trendsetting visions.
Might the secret to his constant renovation and to his questioning of each era be sharp interrogation of aesthetics in relation to technology which led to, among other things, his spatial urbanism—one of his most enduring inventions? It is thanks to experimentation with water and with new materials like neon and Plexiglas, interrogations of movement (whose primary form was the work Röyi), and urban sculptures and digital art that Kosice’s work forms part of the age-old tradition of utopian thought whose imaginary is grounded in criticism of the present under the pretext of designing a future society. Kosice’s art—after all—always ensues in the future.

The end of Gyula Kosice’s life is an opportunity to revisit his visual thinking. Twenty-five years after the last major retrospective of his work at this institution, the Museo Nacional de Bellas Artes honors Kosice with this tribute exhibition. 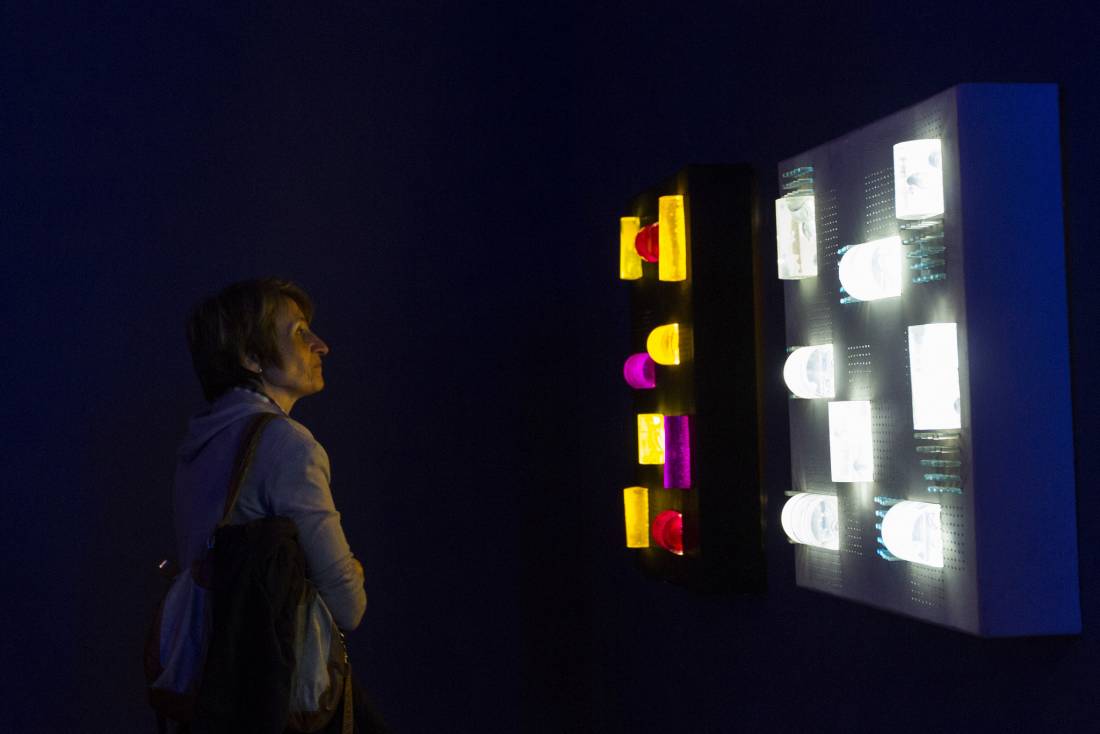